How to Catch Him Cheating

How to Catch Him Cheating

Perhaps you suspect that your husband is having an affair.  In your gut you’re feeling something is off. The thought of it is consuming you, and it’s hard to think about anything else. Your main thought is, how to catch him cheating?, and you feel as though you won’t rest until you find the answer.

As someone who has dealt with infidelity in marriage before, I completely understand. When a cheating husband has a routine down, it can be hard to catch him. But there are some ways it may be possible.

How to Catch Him Cheating: Look for Signs

Cheating husbands often give off many different signs that indicate they might be being unfaithful. Some of the signs you might want to start looking for include:

Of course, these are only a few of the more common signs that indicate someone might be cheating. But they are definitely among the top ones to look for.

Getting Solid Evidence of the Affair

It’s possible that you’ve tried to talk with your husband and let him know of your suspicions. Most men will be adamant that there’s nothing going on, which makes you feel like you’re being played.  You question yourself. This only means you need to get some more concrete information.

There are several things you can do, such as:

Proverbs 22:12- The LORD detests lying lips, but he delights in people who are trustworthy.

What if You Fail to Get Things Sorted Out?

Rather than asking, how to catch him cheating?, you might want to consider the help of a third party.  Why not ask, how can I begin to take care of myself? The answer to that question is by working with a counselor that can help you.

As a Christian marriage coach and counselor, I can give you a lot of guidance through your situation.  I’ve walked in your shoes. Even if your husband hasn’t confessed, and you have no solid evidence, or you’re minimizing what you’ve discovered, you still need support to resolve things.

I can provide you with the help you need during this troubling time. What you’re facing is difficult, but as a Christian woman, I can tell you that I know there are answers. You’re not alone. Together, and with God’s help, you can feel less vulnerable and more in control. 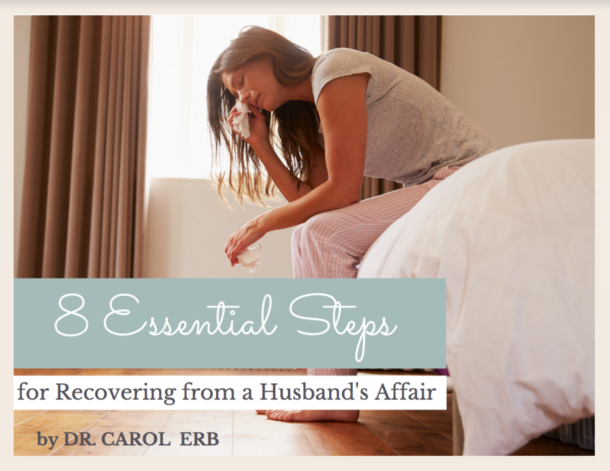